Blog post submitted by our 5th Annual StudyinBC contestant, Annette Tahan from Israel. Studying in BC is one of the best experiences that I have ever had. I enjoy experiencing the different seasons which bring different adventures too. I came from a hot country and coming to Kamloops, BC was an amazing adventure for me. […] Read More »

The #StudyinBC contest is now closed. Thank you for participating and we look forward to reviewing the entries! pic.twitter.com/lxvdAhaFae — Study in BC (@StudyinBC) January 21, 2017 Our 5th Annual StudyinBC Contest was a success thanks to all the wonderful submissions we received! We loved seeing British Columbia through the eyes of our international students. […] Read More »

Four principles to succeed in global business: A BC alumnus perspective

By: Jerry Lin In my life so far, I have had two adventures: The first happened unexpectedly and involuntarily, but deeply shaped who I am today and led to my second adventure. My first adventure happened when I was 15. Back then, I was an innocent boy, born and raised in Taiwan, who never […] Read More » 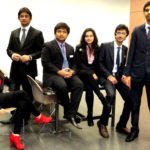 Ali’s prize of an iPad Air was generously donated by: It’s been four years since I arrived in Canada from Pakistan in 2012, my experiences as an international student have been incredible. I’ve formed close relationships with people from all over the world, learned all about their cultures, and had the opportunity to become a […] Read More »

It’s that time of year where we are saying goodbye to the long summer days and getting rain and snow gears out from our closet. Luckily where I am living in Victoria BC, sunshine is still making its way through my windows. There are the occasional raining and windy days which is making the grasses […] Read More »