By Anne Uy While I am mostly busy with school and mundane tasks here living the solo student life, thoughts of how I should blog and post more photos always cross my mind… Honestly, I’ve been arguing with myself lately. I think I’ve reached the point wherein I could care less about social media. I […] Read More » 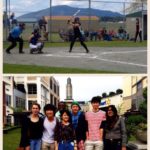 By Andrea Recillas It has been two years since the day I arrived to my first destination, Comox BC. I met a lot of nice people, learned a lot and made good friends. It was easy at the beginning since I was having fun travelling to different places, meeting new people and getting used […] Read More »

Why I chose Beautiful British Columbia 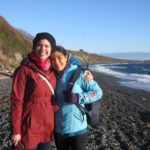 Why I chose Beautiful British Columbia   By Leat Ahrony   It’s my third year studying at the University of Victoria in BC, and I am beginning to see myself living on this side of the country permanently. Especially when I shriek at the slushy snow beneath my feet on cold snowy days that only […] Read More » 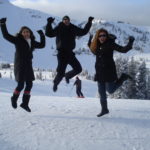 The winner of our grand prize of an iPad Air is Juliana Galbiatti from Brazil. She is a Langara College graduate and has recently returned to British Columbia after a semester studying at King’s College in London. She shared with us her reaction to finding out that she had won the contest as well as what […] Read More » 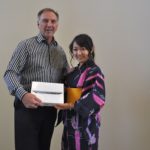 Meet 2012’s StudyinBC Contest Winner Aska Nakamura! Aska is originally from Japan and came to British Columbia two years ago to study at Okanagan College. She chose BC as her study abroad destination because she was told that BC is an interesting place to live where people of diverse cultures and ethnicities live together in […] Read More »